Our 4th TNGL Weekend: Hackathon and Innovation Conference in February was one of our most engaging and diverse event yet. We had participants from the D.C., Ohio and the Pittsburgh area. With this event we set to show anyone can be an innovator given the resources and incentives. We hosted guest speakers and sessions from Autodesk, Google, EA Sports, Def Jam Recordings, Da Great Deity Dah, Cleveland Clinic, Owners Illustrated, The Entertainment Technology Center and the Future Interfaces Group who engaged with students to help them shape their vision

Autodesk held an API talk along with a live demo session teaching students how to utilize Fusion 360, Maya, and Mudbox by experienced professionals Brian Ekins and Housein Cornell. In addition, there was onsite student led session with Fusion 360 and help throughout the event provided by Lucas Ewing, Program Manager at Autodesk EDU. He along with the additional sessions were able to help guide students to create and learn how to create 3D designs for the first time.

We held a very engaging Google Hangout Q&A session with the Google Android Wear team and Sensors team where students were able to ask questions about their application ideas and get a better understanding of how to turn their visions into a reality. Students were also able to develop their wearable app ideas using the Toyz Watch, an Android 5.1 smartwatch available to students.

We had a live music production session with DJs, Professional Producers teaching students how to create professional music. We also brought Hip Hop Artist Da Great Deity Dah, who with the Music Department of Carnegie Mellon helped us create our PSA for our #HackHarassment campaign called “Stop The Bullying” at the Vlahakis Recording Studio at Carnegie Mellon onsite. The PSA has then since added student voices and is being shared throughout the internet and across the world.

Gierad Laput of the Future Interfaces Group gave a captivating speech to students to open their minds of the utilization of wearables and sensors that are in products we use today. With his talk, he showed students how wearables can expand from their original intentions and how this can be done utilizing what we have today showcasing his research, done at the Future Interfaces Group lab.

We had a very engaging and inspiring session with Thomas Corbett who spoke about the future of gaming along with the need of diversity in the industry. He gave a wonderful talk that connected the diversity of teams to the ideas created and thus a more encompassing and creative game that can transcend what can be made by a team of similar minds.

John Dzurik form the Cleveland Clinic gave a informative and stimulating talk about the connection between health, medicine and technology and the innovation (and opportunities) that comes from it. It was engaging for students to see the intersection between these fields and were able to ask questions to an award winning veteran with experiences in entrepreneurship, technology and medicine about opportunities available to them.

Quincy Taylor, who works in various capacities with Def Jam records, spoke once again to students at length about the recording industry covering topics such as artist management and pursuing a career in the recording industry. He was able to guide students who had ideas in both music and technology on how they can utilize their talents and ideas to create game changing applications for the evolving music industry

Damola Idowu was able to give an exhilarating talk on hip hop and business, with experiences both as a veteran international Hip Hop artist and speaking on building his own successful company, starting with a flyer to creating Owners Illustrated, the premier magazine for Hip Hop and Urban Entrepreneurship covering topics in Music, Automotive, Technology, Gaming and more.

We wrapped up our event with a talk with Roy Harvey, GM of Madden NFL at EA Sports where students were able to get a better understanding of the gaming industry and game development process. Students were also able to ask questions they had involving gaming and showcase some of the apps they’ve been working on throughout the hackathon.

Students were able to develop interdisciplinary and creative apps combining talents, including an application to be utilized for wearables allowing one to control music through gestures only, i.e. a Gesture DJ. Throughout the event students were also able to interact and play with Virtual Reality and Console gaming with the Oculus, XBox One and HTC Vive. Da Great Deity Dah was able to bring 2 of his producers who used the equipment provided by the IDEATE department, along with an extensive amount of technology they transported from DC to teach students how to produce music

Students continued their apps and we are excited to see what is to come in our next events as we move forward throughout the year. Please stay tuned! 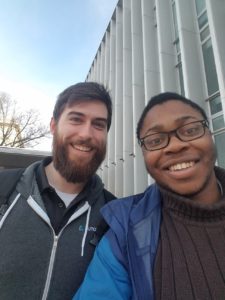 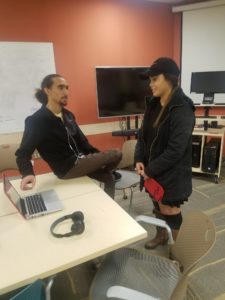 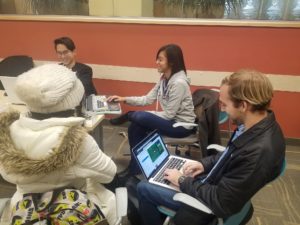 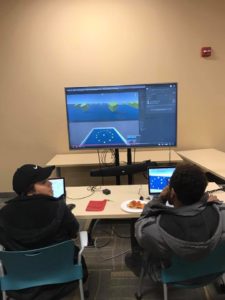 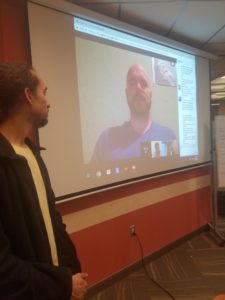 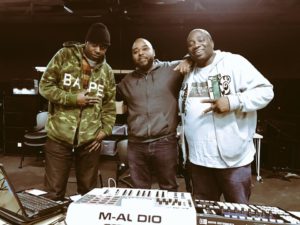 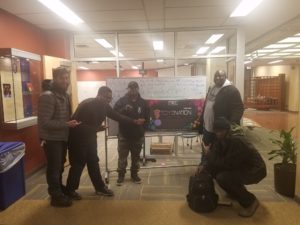 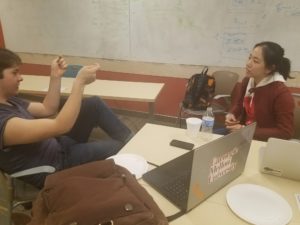 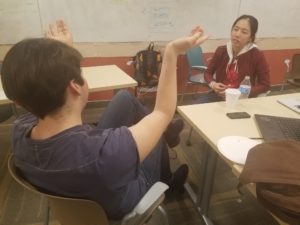 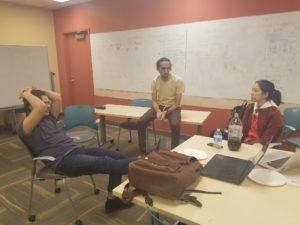 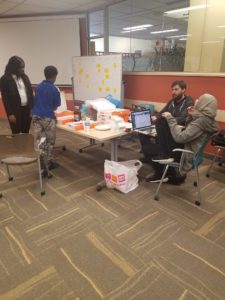 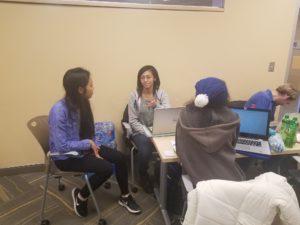 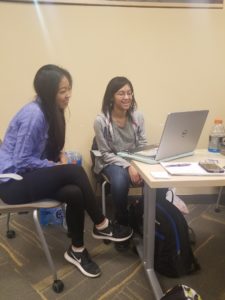 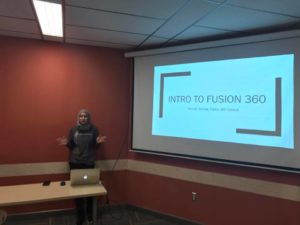 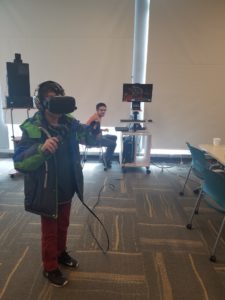 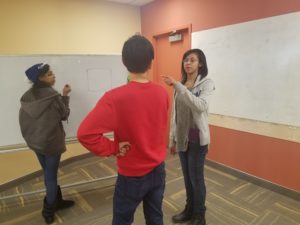 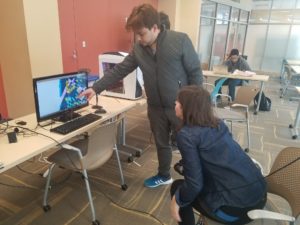 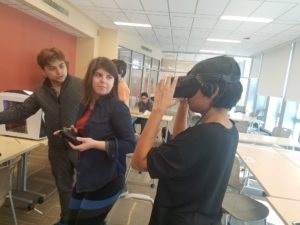 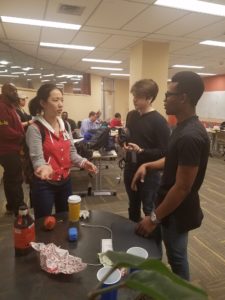 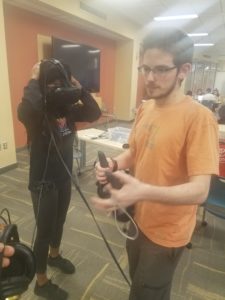 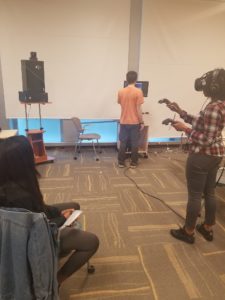 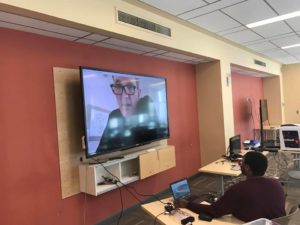